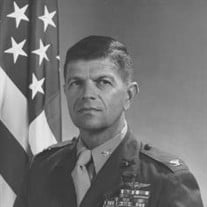 Colonel Alfred “Fred” J. Allega (USMC, Retired) – Obituary Colonel Alfred “Fred” J. Allega (USMC, Retired), age 83, passed away in Coronado, CA on Wednesday, July 15, 2020 with his loving wife of 51 years, Bunni, by his side. He is also survived by his two sons: Lance (wife Anna, grandsons Noah and Adam) who reside in Maryland, Philip (wife Ann, grandson Austin) who live in London, and his brother Anthony who lives in Riverside, CA. Professionally, Colonel Allega had a long and distinguished career including more than 30 years in the Marine Corps and 15 years in the private sector. Upon receiving his aviation Wings of Gold, he served two combat tours as a helicopter pilot in the Republic of Vietnam in 1963-64 and 1967-68. He was highly decorated in the Vietnam Conflict earning the Legion of Merit award, Distinguished Flying Cross with one star, Meritorious Service Medal with one star, 25 Air Medals, Air Medal with one bronze star, Air Medal with one gold star, Presidential Unit Citation, Navy Unit Commendation with two stars, Meritorious Unit Commendation with one star, National Defense Service Medal, Armed Forces Expeditionary Medal, Vietnam Service Medal with four stars, Sea Service Deployment Ribbon with two stars, Republic of Vietnam (RVN) MUC Civil Actions Color w/Palm and Frame, RVN Cross of Gallantry w/Palm and Frame and RVN Campaign Medal w/Device (60-). During his career, Colonel Allega served in the following squadrons: HMM-361, HMM-265, HMM-262, HMM-165, HMM-163 and HMX-1. Additionally, he served a tour in VT-2 as a T-28 Flight Instructor. During his HMX-1 tour, Colonel Allega served as a Presidential Helicopter Aircraft Commander for Presidents Richard Nixon and Gerald Ford. In 1981, then LtCol Allega was selected as Marine Corps Aviator of the Year and received the Alfred A. Cunningham Award from the Marine Corps Aviation Association. Simultaneously, his squadron HMM-163 was awarded the MCAA Marine Medium Helicopter Squadron of the year. Colonel Allega retired in 1990 with 4,290 flight hours in 15 different types of aircraft. Following retirement from the Marine Corps, his love of aviation continued when he joined Mercury Air Group in Los Angeles. As Director of the Western Region, he managed Fixed Based Operations for six airports in California and one in Nevada. After retiring from Mercury Aviation in 2007 to Coronado, CA – he served on the Board of Directors of the Flying Leatherneck Historical Foundation providing invaluable support and counsel. In 2017, he was honored by the City of Coronado on its Avenue of Heroes. While his professional resume was about as rock-solid as they come – the life he led, the inspiration he provided, the friendships he had and the love he gave was something that words can never do justice. As a first-generation Italian-American, he fulfilled his dreams of providing for his family and creating even more opportunities for the next generation to come. Whichever role he played – husband, Dad, grandpa or friend – to know Fred was to be in the presence of quiet confidence, intelligence and oftentimes though not many words were spoken, they were always words that mattered – made you think, made you reflect, wanting to be a better person. Kind, nice, gentle, humble, respect, honor, and happy are words that were constantly used to describe Fred… but without a doubt, he knew how to have fun. His sly smile, quick wink of an eye, and at-times wicked sense of humor brought out the kind of balanced mischief that so few are masters at. He was an incredibly talented musician (clarinet and saxophone) with perfect pitch and meter – a talent he passed to his youngest son who writes music to this day, a gift that is also being passed to his grandsons. In the 1950s, he played with Hollywood orchestras and owned a beatnik coffee house in Riverside, CA called The Id with Bunni’s brother. He loved cars. Fast cars. And particularly – Porsche – which he owned four in his lifetime among many other vehicles. Also, of course, loved to fly and had three airplanes. He prided himself in physical fitness and was a competitive tennis player and a diesel on a road bike, leading pulls at the front with endurance considerably higher than cyclists half his age. He also loved traveling with Bunni to see new things, old things and be with family. As the first one in his entire family to earn a college degree (bachelor’s and master’s) – he loved learning, a trait that never stopped during his lifetime. He loved a good steak, coffee hotter than the sun, and sent back countless plates of pasta that were too cold or overcooked. He believed in the magic of Christmas and the beauty of the first snow. And, not sure if he ever smiled bigger or brighter than when he was with his grandsons. So many little things, so many big things. Above all else, Fred loved his family and we all felt it, lived it, and were inspired by it. That won’t change. He will be missed immensely yet we rest in the comfort that he is at peace, is whole again, and waiting for the day when we’re all together again. A life well-lived. A Military Funeral Honors ceremony is planned at Arlington National Cemetery in the future

The family of Alfred J. Allega created this Life Tributes page to make it easy to share your memories.

Send flowers to the Allega family.