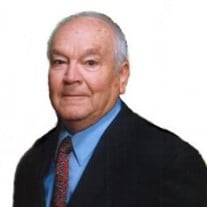 San Diego, CA – Carl A. Mehr, 88, died February 18th, surrounded by his wife and children at home. He passed peacefully after a battle with Parkinson’s. “Humble” Carl, an epitaph he anointed himself with after realizing his greatest virtue, worked hard and lived harder, and he always provided for those he cared for with a smile and a bellowing laugh. Carl was born on July 14th, 1933, in Redvers, Saskatchewan, Canada to naturalized U.S. citizens Ludvig Mehr and Maria (Hansen) Mehr. Later that year his family moved back to Denmark where Carl grew up. He moved stateside in the early 1950’s, where he spent one year at Grandview College in Des Moines, Iowa. He then joined the armed forces for 3 years. On November 26th, 1955, towards the end of his time in the armed services, Carl married Marilyn, his wife of 66 years. He then continued his education, receiving his bachelor’s in Electrical Engineering at Iowa State University and eventually a matching Master’s from Santa Clara University. He worked with IBM for 5 years before shifting to General Dynamics which brought the family to San Diego. His first job with General Dynamics was working on Apollo 11 as one of its computer programmers. After looking at the conditions of the workforce and realizing he needed more stimulation than what a cubicle could provide, Carl eventually made the bold decision to switch careers into real estate. Carl and Marilyn were the original house-flippers! Always one for adventure, Carl began learning to sail by crewing on recreational racing vessels. He eventually got his own sailing boat, the North Star, and over the years sailed to Acapulco and Hawaii. While those were certainly exciting trips, Carl and Marilyn also traveled extensively around the world over the next 40 years using more traditional means. Always one to make people think and never one to shy away from a laugh, in 2003 Carl decided to run in the recall election for Governor of California. He ran under the catchphrase “I’ll work for beer” and had a tongue-in-cheek approach when asked about his political philosophy. Carl was preceded in death by his brothers Kristian and Hans, and his grandson Adam. He is survived by his wife Marilyn and his brother John. His children Karen, Debbie, Eric, and Anita continue his legacy of hard work and laughter, and they pass these same traits down to his seven grandchildren and five great-grandchildren. Carl’s internment service will be Monday, March 14, 10:30 AM at Miramar National Cemetery at 5795 Nobel Drive, San Diego, 92122. Carl’s memorial service will be Saturday, March 19th at 1:00 PM at St. Paul’s Lutheran Church at 1376 Felspar Street San Diego, CA 92109

The family of Carl A Mehr created this Life Tributes page to make it easy to share your memories.

Send flowers to the Mehr family.