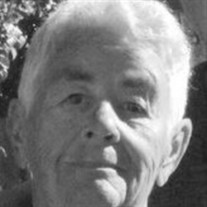 Mary Jean was born on Friday, December 13, 1934, to Leon Henry Abell and Dorothy Ann Bartlett in Sioux Falls, South Dakota. She was raised by Lena and Ed Kropp, her Great Aunt and Uncle, on a farm between Madison and Norfolk, Nebraska. She moved to San Diego in 1946 when her family was transferred with the Navy. She attended Memorial Junior High School and graduated from Chula Vista High School in 1952. Mary Jean earned her nursing degree at San Diego State College graduating in 1956. That same year she met the love of her life, Robert W. Hardy, who was stationed in San Diego with the Navy. Robert and Mary Jean were married on September 29, 1956, at St. Patrick’s Catholic Church by Fr. Vincent J. McGarvey, O.S.A. For a brief time, they lived in Berwyn, Illinois, where two of their children were born. They moved back to San Diego and purchased their first home in December 1959; four months later their youngest child was born. The Hardy family lived across the street from Benjamin Franklin Elementary School for eighteen years before moving to University City in 1977. Mary Jean worked at Hillside Hospital for 30 years, holding the positions of ICU/CCU Charge Nurse, Assistant Director of Nursing, and Head of Infection Control. While at Hillside Hospital, she went back to school for her Bachelor of Science in Nursing. She worked at Kaiser Permanente on Zion Road for four years overseeing Infection Control for their satellite clinics. She retired in December 1996 turning her attention to enjoying life with “Bobby,” their home, gardening, and their dogs. After the death of her husband, she enjoyed walking her dog, Lily, and chatting with her neighbors. Mary Jean passed away peacefully at home on the evening of March 2 surrounded by her family. She is survived by her children, Audrey (Marc), and Michael (Jacqueline); grandchildren, Vincent (Stephanie), David (Vivian), Brianna (Joshua), Daniel (Michele), Aislinn, Andrew (Lauryn), Aaron, and Amy; great grandchildren, Makayla, Nevaeh, Jaycob, Presley, Kalei, Indey, Bryson, Cullen, Declan and Walter. She is also survived by her sister, Annie Nelson. She is preceded in death by her husband, Robert, son, Matthew, and brother, Curtis Muller Jr. Services will be held cryptside on Saturday, March 14, 2020, at Holy Cross Mausoleum and Cemetery, St Pontianus Chapel at 2:30 p.m. "Know that I still live on, vibrating to a different measure, behind a thin veil you cannot see through. You will not see me, so you must have faith. I will wait there for a time when we can soar together again, both aware of each other. Until then, live your life to the fullest. And, when you need me whisper my name in your heart ... I will be there."

Mary Jean was born on Friday, December 13, 1934, to Leon Henry Abell and Dorothy Ann Bartlett in Sioux Falls, South Dakota. She was raised by Lena and Ed Kropp, her Great Aunt and Uncle, on a farm between Madison and Norfolk, Nebraska. She moved... View Obituary & Service Information

The family of Mary Jean Hardy created this Life Tributes page to make it easy to share your memories.

Send flowers to the Hardy family.