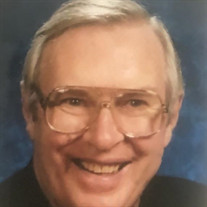 Patrick Joseph Mullarkey was born in County Galway, Ireland. The family home, a small farm and Irish Pub, was located across the street from the Catholic Church. The eldest son of Richard Mullarkey and Delia O’Donnell, he grew up with one brother, Francis, and two sisters, Mary and Dorothy. His father passed away in 1964 and his mother in 1979, his brother Francis in 2008, his sister Dorothy in 2013, and his sister Mary in 2020. He will be sadly missed by his family; sister-in-law Ann, brother-in-law Alan Mellor, nephew Richard, nieces Marice, Joanne, Andrea, Clare and Frances, grandnieces and grandnephews, his devoted friend Chris Roberts, Bishop Robert McElroy, his fellow priests, parishioners, and friends. Monsignor Mullarkey attended the local grammar school and St Jarlath’s High School. He completed high school in 1958 and was accepted into All Hallows’s Seminary in Dublin to begin his studies for the priesthood. On June 21, 1964, at All Hallows, he was ordained and came to San Diego in July of the same year. His first assignment was as an Associate Pastor of St. Charles Borromeo in San Diego. This assignment was followed by Associate Pastor assignments at St. Anne’s in San Bernardino, St. Rita’s, St. Charles, and St. Vincent’s. He was appointed Pastor of Our Lady of Perpetual Help in Brawley in 1977, Pastor of St. Charles in 1979, St Columba in 1990 and St. Catherine Laboure in 2008. Monsignor Mullarkey retired as the Pastor of St. Catherine Laboure in 2014.. In May 1989, the celebration of twenty-five years as a priest was a double celebration as Bishop Maher conferred the Honor of Investiture of Honorary Prelate. And in October 2014, a celebration was held to recognize Monsignor Mullarkey ’s fifty years of service and devotion as a priest. In lieu of flowers, donations may be made to the Catholic Diocese of San Diego. The funeral mass will be available via live-stream, Go to Facebook LIVE: https://www.facebook.com/saintcatherinelaboure/.

Patrick Joseph Mullarkey was born in County Galway, Ireland. The family home, a small farm and Irish Pub, was located across the street from the Catholic Church. The eldest son of Richard Mullarkey and Delia O&#8217;Donnell, he grew up... View Obituary & Service Information

The family of Rev. Monsignor Patrick J. Mullarkey created this Life Tributes page to make it easy to share your memories.

Send flowers to the Mullarkey family.