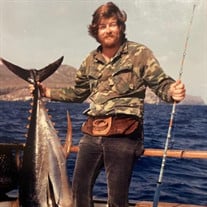 Robert Morgan, June 1944-January 2021. Bob loved his friends & family, his country, city and neighborhood. He was born in Miami, FL in 1944 to Ruth (Carlson) Morgan & Gerald Morgan. As the son of a sailor & Pearl Harbor survivor, Bob, (“Morgan,” “Morgie”) grew up in many places, including Guam, but when his father left the Navy in the 1950s, the family settled in their beloved San Diego, where Bob graduated from high school and Mesa College. He was a Master Tradesmen, who volunteered for service in Vietnam as a Naval Seabee. After his tour in Vietnam, he went on to work as a steamfitter for 19 1/2 years at San Onofre Nuclear Power Plant. He also worked as a general contractor, serving as a superintendent on municipal projects locally (Palomar Energy Center in Escondido) and across the US. He was an active OMBAC member beginning in the 1970s, as well as part of the “dinosaur club” at Rocky’s Crown Pub in Crown Point, as a patron since it opened in 1977. Truly OMBAC & Rocky’s Pub friends were family to him. Bob was known for his generosity, loyalty, patriotism, work ethic, and speaking candidly in his own unique and loveable way. He brought people together & hosted many orphan parties during the holidays, where all were welcome. Bob died peacefully at home, January 26, and is survived by his daughter, Kelly (Morgan) Reape, son-in-law, Robert Reape, his 3 grandchildren, Sarah (Reape) Rosenbloom, Daniel Reape & Kateri Reape, his brother, Steven Morgan, & his nieces Kim Howell, Shyanne Morgan, Kristin Morgan, & Shelly (Morgan) Tirrell. He was pre-deceased by his parents, Gerald & Ruth Morgan, & grandmother, Alma Carlson. He will be buried with military honors at Miramar National Cemetery and a remembrance service will be held at Rocky’s Crown Pub. He touched lives wherever he went and will be missed by all who knew him. "To live in hearts we leave behind is not to die." - Thomas Campbell. In lieu of flowers, any donations can be made in his name to organizations that help veterans.

The family of Robert Lynn Morgan created this Life Tributes page to make it easy to share your memories.

Send flowers to the Morgan family.