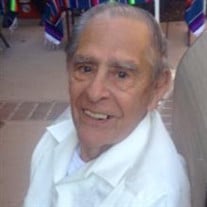 Salvador Macias was born May 23, 1928. He grew up with lots of energy, endurance and humor as well. He was always an athlete. He ran track and played tackle football in high school. He went to Monterrey, Mexico to attend college and to play American football. He met and fell in love with a sweet librarian,Yolanda, at the University there. After the three years of playing football and attending school, he married our mother, Yolanda Gonzalez in a small ceremony there and began his journey. They drove back to San Diego and moved in with her new family. He was then drafted into the Army and our mom lived with her new in laws while he had basic training. She joined him after that and they lived in Washington two more years. Subsequent to his service they started their family. Sylvia was the first daughter to arrive in this world. The next new born was Richard born in 1958, next came Alfred 11 months later in December. Several years later they were blessed with their youngest, Carlos that was a wonderful gift to all of us. New life is always a blessing. He was a wonderful father, loving husband and a caregiving person. He was kind hearted, generous, and very respectful to all our friends he met. His spirit was lively and stubborn. He rarely admitted to his mistakes. He considered errors as a learning experience and never looked back. He was a simple man but definitely lived life on his terms. He also was very strict with us, if we behaved badly, we would find out quickly. He taught us to know right from wrong. He instilled a work ethic that taught us how hard work gives you satisfaction and positive results. Salvador had to delay his education to help his father run the family business, a neighborhood grocery store, Macias Market, in downtown San Diego. While we were growing up he attended night classes at City College to get his AA degree while running the store during the day. When we were in grade school he enrolled at SDSU to get his Bachelor Degree in Accounting and graduated with cap and gown with 3 school age children running around. Our mother ran the family business on her own those two years, we were on the “payroll”. Learning to use the cash register and stock the shelves whenever it was necessary. He knew how important education was and he knew he had to provide for his family. After he retired from the City of San Diego as an auditor he became an enrolled agent for income tax preparation and he continued his tax practice for many years until his late 70’s. Salvador enjoyed the gym and loved to play handball every Tuesday and Thursday evenings. After playing he would bring his playing partners to have a few beers at the house. He enjoyed entertaining his friends with munchies and food too. He played handball for many, many, years, competing in tournaments and winning countless trophies with his handball buddies. In the last few months Salvador grew weary, but never admitted it, determined to keep on living. He had restless nights taking bathroom trips and needed assistance to keep him safe. He appreciated us being there to help, but he never asked for it. He had a positive attitude about life and loved living. He rarely admitted he was wrong, his arguments or reasonings were justified to him and that’s all that mattered, honestly. He would delivery his message gently, but firmly. We will miss him dearly.

Salvador Macias was born May 23, 1928. He grew up with lots of energy, endurance and humor as well. He was always an athlete. He ran track and played tackle football in high school. He went to Monterrey, Mexico to attend college and to play... View Obituary & Service Information

The family of Salvador Macias created this Life Tributes page to make it easy to share your memories.

Send flowers to the Macias family.