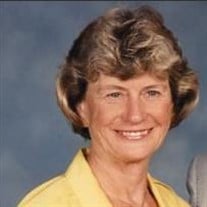 Virginia Carr Cassidy of San Diego passed away peacefully at home from a prolonged illness April 20, 2022. Ginny, as she was known, was born June 1, 1928, in Albany, New York. She was the daughter of Jerome and Jane O’Neill Carr of Menands. She was the oldest of three children and grew up in a very loving family. She enjoyed swimming, was devoted to her family, and played the piano. She attended Menands School, graduated from Watervliet High School and attended St. Mary College in Leavenworth, Kansas. While working for the New York Telephone Co. in Albany she met the love of her life, John (Jack) Cassidy. They were married June 30, 1951, and raised 4 children in Westmere. In 1961 they moved to San Diego, California, following in the footsteps of Ginny’s parents and sister, Maria. They bought a home in the brand-new neighborhood of University City and became the parents of two more children for a total of six children filling out their busy, active family. Ginny was an amazing mother, volunteering in all her children’s many activities and her children knew from an early age how lucky they were to have her as their mom. Ginny and Jack helped establish the new parish of Our Mother of Confidence in University City and Ginny was an active member of her Women’s Guild. Ginny and her husband were always there to help with anyone in the parish or neighborhood at a moment’s notice. She demonstrated “Service before Self” every day of her life. Ginny enjoyed working at Pier One when all the kids were grown up and loved babysitting her grandchildren. She excelled in hosting large family gatherings and adored having her family around. She was a social powerhouse! She loved beach camping and camping in Idyllwild. Ginny and Jack took many memorable trips in their RV around the country visiting family and friends. Their children sent them on a tour of Ireland for their 50th wedding anniversary and by chance Ginny bumped into a childhood friend from Menands on the tour bus. She was beautiful inside and out, loved people and they loved her. Ginny is predeceased by her parents, her brother Jerome Carr Jr, sister Maria Carr and her son Gerard. Ginny is survived by her husband of almost 71 years, Jack, and five of her children; Susan Lewis (Brian), Jane Cassidy, Cheryl Cassidy (Steve Barton), Jack Cassidy Jr. (Carin Crawford), and Ted Cassidy. Grandchildren Christina Cassidy Forbrich (Chris), Sean Cassidy, Claire Lewis, Moira Lewis (Andres Gallegos), Ryan Flynn (fiancée Julie Charen), Brendan Flynn, Ted Cassidy Jr, Kelly Cassidy, Kieran Cassidy, Jackson Cassidy, Shane Cassidy and one great-granddaughter, Scarlett Forbrich. She also leaves behind three sisters-in-law, Patricia Cassidy Parker of Schenectady, NY, Joyce Cassidy of Albany, NY and Patricia Carr of Florida and her cousin Sister Rita Carr of Albany, NY. She also leaves behind many beloved nieces and nephews and Susan Zimmerman of San Diego who she called her “fourth daughter.” Ginny was adored and will be terribly missed by all her family and her countless friends. She was our angel. A celebration of Ginny’s life will be held Wednesday, April 27th at 11:00 am at Our Mother of Confidence Church, 3131 Governor Dr, San Diego, CA 92122. There will be a reception after the service

Virginia Carr Cassidy of San Diego passed away peacefully at home from a prolonged illness April 20, 2022. Ginny, as she was known, was born June 1, 1928, in Albany, New York. She was the daughter of Jerome and Jane O&#8217;Neill Carr of Menands.... View Obituary & Service Information

The family of Virginia C Cassidy created this Life Tributes page to make it easy to share your memories.

Virginia Carr Cassidy of San Diego passed away peacefully at...

Send flowers to the Cassidy family.